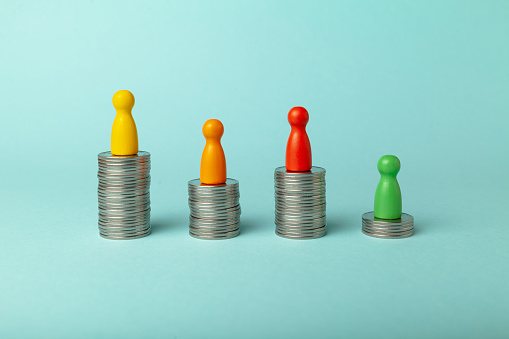 Addressing the Gender and Racial Wage Gaps with Data Science

In 2021, women in the Boston area earned 70 cents for every dollar earned by men.

According to a recent report from the Boston Women’s Workforce Council (BWWC), the overall gender wage gap in the Boston area has not changed in the last two years. However, identifying an issue is frequently the first move forward into finding a solution—and data science, according to Boston University experts, is progressively becoming the tool that can provide the quantitative rigor and objectivity required to enable effective change.

BU software engineers and statisticians worked with the BWWC, a public-private social impact initiative based at the Rafik B. Hariri Institute for Computing and Computational Science & Engineering, to collect and analyze payroll data from Greater Boston employers. The employers provided the information anonymously as part of a pledge to the Boston Mayor’s Office and the BWWC to help close gender and racial wage gaps. This year, the data collected represented 156,000 employees or 14% of the Greater Boston area workforce. (As a signer, BU contributed salary data to the pledge.) On December 9, the BWWC published the findings of its wage gap analysis online.

The Hariri Institute’s Software & Application Innovation Lab (SAIL) created a secure data collection and analysis platform that the BWWC uses about five years ago. To collect and analyze private wage information, the software employs a cryptographic technique known as multi-party computation or MPC. “MPC is the idea of multiple parties pooling their data to give you an aggregate result without any one individual’s data being exposed,” says Arezoo Sadeghi, a software engineer at SAIL. “MPC lets you work with sensitive data and you’ll never be able to identify people.”

Following the submission of information by companies, statisticians process the data to support the BWWC’s analysis. These efforts were led this year by Anna Cook, a student in the College of Arts and Sciences MS in Statistical Practice  (MSSP) program, and Masanao Yajima, director of MSSP Consulting and a CAS associate professor of the practice for MSSP. Cook crunched numbers under Yajima’s supervision to determine the average gender and racial wage gaps and create visualizations to help the BWWC make sense of the data. Working on this report allowed Cook to combine her data science expertise with her interest in social justice.

Cook and Yajima discovered that in 2021, women in the Boston area earned 70 cents for every dollar earned by men. Although the average gender wage gap in Boston hasn’t shrunk in the last two years, the racial wage gap was slightly smaller in 2021 than in 2019. In 2021, Asian and American Indian/Alaska Native women were paid two and three cents more for every dollar earned by men, respectively, compared to 2019.

“I think of Boston as being a city that is highly educated and has a ton of job opportunities,” Cook says. “It was interesting to see that some of the gaps that we saw were comparable to what we would see on a national scale.”

However, it is important to note that the figures are averages across all companies that submitted data and do not reflect changes over time within a single, individual company. The Hariri Institute researchers hope to improve methods at the intersection of privacy and statistics so that these individual-level changes can be better understood while maintaining confidentiality.

Even in the absence of historical wage data from individual companies, benchmarking can help drive progress toward equal pay. Mastercard and Starbucks, for example, have both reported gender wage disparities in recent years, and have committed to transparency and a push for workplace equity. However, in the absence of a standardized method of doing the math, those claims may appear insignificant to some.

In Boston, the BWWC provides employers with both internal equations and a standardized benchmark for comparison. “It is beneficial to work in a data-driven manner. “We are more likely to believe claims if we have data and analysis to back them up,” says Vidya Akavoor, a software engineer at SAIL.

The computational tools used to create the BWWC report could be used in a variety of other contexts where equity must be measured without jeopardizing trust or privacy. For example, data-centric thinking could benefit the analysis of college admissions data, financial credit ratings, environmental justice practices, and even healthcare operations, but these often involve sensitive or proprietary data.

“In the modern era where everything is so data-driven, one of the key elements in addressing such grand challenges should be data, numbers, and quantifying things,” says Eric Kolaczyk, director of the Hariri Institute and a CAS professor of mathematics and statistics. “If you can quantify a problem, then you have some hope for sitting down together objectively to discuss policies and procedures to achieve a goal. The success of the BWWC’s work demonstrates that this can be done in a way that respects yet overcomes barriers arising around trust, governance, and the like.”