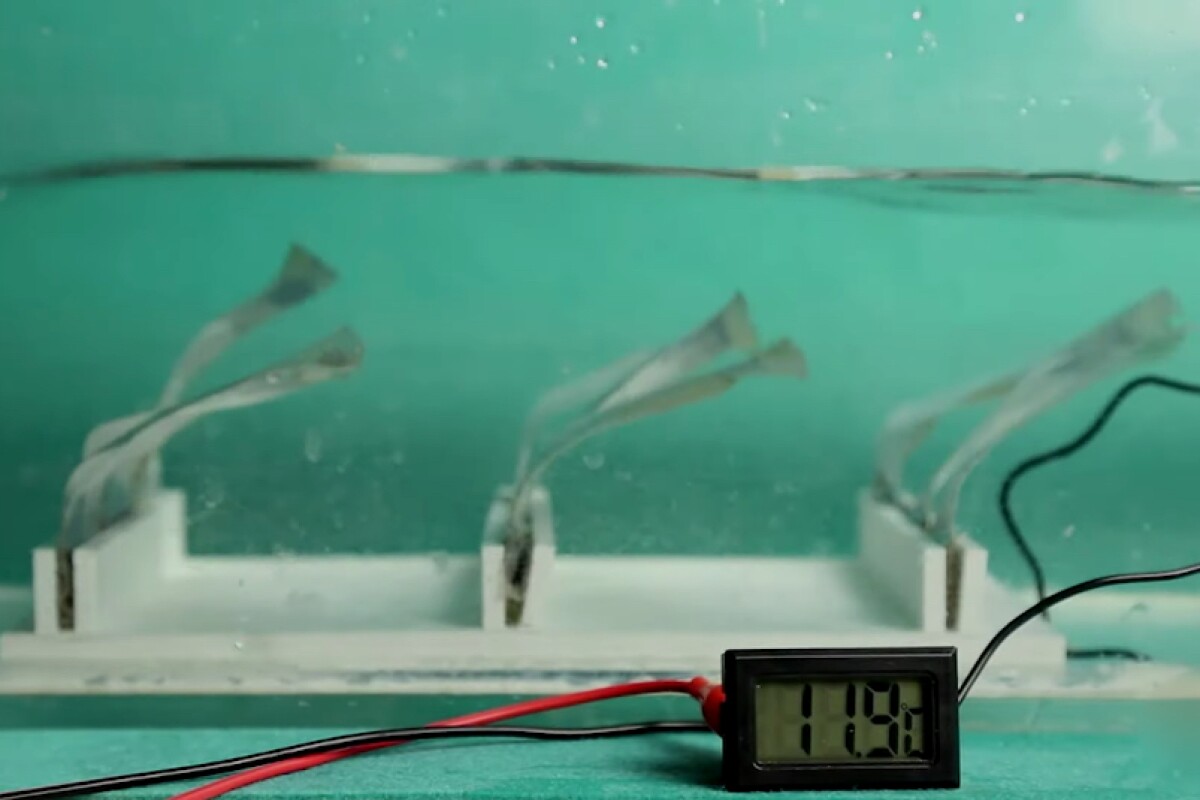 If you’ve ever looked beneath the ocean’s surface, you’ve probably noticed seaweed swaying back and forth in the current. The same motion has now been used by scientists from China’s Dalian Maritime University in an underwater energy-harvesting device.

The seaweed-inspired tool is a form of triboelectric nanogenerator, or TENG for short, developed by a team led by Minyi Xu and Zhong Lin Wang.

TENGs take advantage of the triboelectric effect, which is a phenomenon in which an electrical charge builds in one substance after it is removed from another. It’s what causes the static electricity that happens when you comb your hair.

A thin layer of porous sponge material is sandwiched between two 1.5 by 3-inch (38 by 76-mm) strips manufactured of two distinct polymers in this device. The sponge creates an air gap between the strips, which are both coated with conductive ink. Waterproof tape is used to seal the entire object.

When the TENG bends back and forth in even a weak underwater current, the two polymer strips squeeze through the sponge and enter in and out of touch with one another, generating an electrical current. Multiple TENGs were found to be capable of continually powering devices such as maritime environmental sensors in wave tank experiments, removing the need for battery changes.

The technology is exhibited in the video below, and it is documented in an article published in the journal ACS Nano recently.