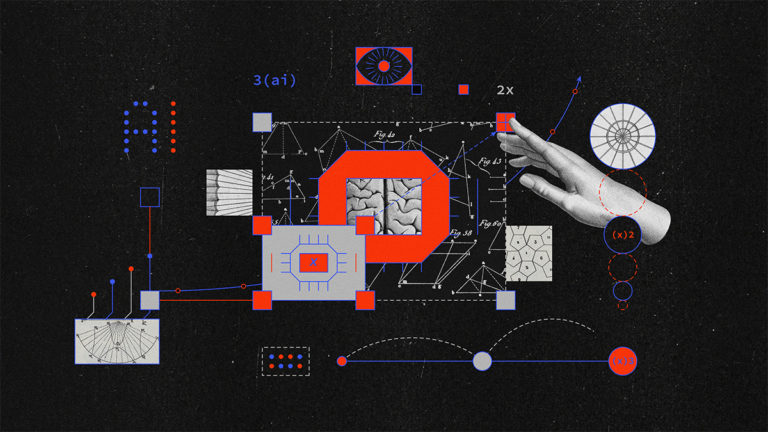 Most C-suite executives know they need to integrate AI capabilities to stay competitive, but too many of them fail to move beyond the proof of concept stage. They get stuck focusing on the wrong details or building a model to prove a point rather than solve a problem. That’s concerning because, according to our research, three out of four executives believe that if they don’t scale AI in the next five years, they risk going out of business entirely. To fix this, we offer a radical solution: Kill the proof of concept. Go right to scale.

We came to this solution after surveying 1,500 C-suite executives across 16 industries in 12 countries. We discovered that while 84% know they need to scale AI across their businesses to achieve their strategic growth objectives, only 16% of them have actually moved beyond experimenting with AI. The companies in our research that were successfully implementing full-scale AI had all done one thing: they had abandoned proof of concepts.

The companies that did this attempted scaling twice as often, succeeding at their scaling initiatives twice as often, and — because they were structured correctly and could incorporate what they learned along the way — ended up not only completing scaling projects more quickly, but spending less money on pilots and fully scaled deployments. The result? They achieved nearly three times the return on their AI investments when compared to their lower-performing counterparts. When you consider that the average company in our study spent $215 million on AI in the past three years, the 54% difference represents a $115-million gap in missed returns from AI. And it’s not just about the money. Successful scalers report significant benefits in customer service and satisfaction to workforce productivity to how efficiently the companies utilize their assets.

Why Proof of Concept Doesn’t Work

Here’s how proof of concept can be a promise of failure, using a fairly common example. Let’s say an organization sets aside six months to build a customer experience optimization platform as a proof of concept to improve customer service. They get it up and running, confirm (as many have before) that it works, and then move it to production. Here’s the mistake: they proved that a concept could technically work without spending one hour thinking about what was needed to put it into production, the model risks, data bias, data privacy, or ethical considerations. The result? They’ve just put their organization into a technical debt because they never built it for scale from the beginning.

Consider how one company we worked with did this differently. Nordea, the largest banking group in the Nordics, needed a chatbot to help with customer service so that their call center staff would have more time to work on complex customer issues. Nordea had a structure for testing and development already in place — including the right data foundation, talent, organizational design and ethical frameworks — and so they skipped the proof of concept and went right to scale. They got their data right, built a minimum viable product, gave it an avatar, and waited to see how the customers interacted with it. In June 2017, Nordea piloted a limited rollout of their chatbot to a few hundred thousand customers, who immediately started picking it up. Email and telephone traffic dropped 20% immediately, while use of the chatbot and related webpages increased by 30% — all without ever having to prove to C-suite leaders how a chatbot worked.

What Replaces Proof of Concept?

In our research we found that only one in five AI applications gets to production. These are all low percentage shots, and smart leaders know this. But if the solution is to skip the POC, what replaces it? The successful companies that we researched did the following three things.

Pivot to piloting — A piloted technology takes a fully-baked capability and launches it directly into the real world (albeit on a smaller scale). It allows AI technologists and company leadership to accurately see how the new technology will be received by customers and derive value. POCs are launched on a much smaller scale, often making it difficult to extract value from their data.

Commit to action – We’re experiencing POC fatigue across industries. Instead of conducting endless POCs, organizations should consider just a few valuable projects and focus on doing the proper research and putting them into production.

Make sure the right team is in place – A collaborative team is crucial. Often, companies’ efforts to scale AI capabilities are siloed within a single department or team, frequently led by IT. When initiatives lack the support of a larger, multi-dimensional team championed by the Chief AI, Data or Analytics Officer, they miss a crucial connection to business outcomes, and ultimately fail.

To scale value in the AI era, the key is to think big and start small: prioritize advanced analytics, governance, ethics, and talent from jump. It also demands planning. Decide what value looks like for you, now and three years from now. Don’t sacrifice your future relevance by being so focused on delivering for today that you aren’t prepared for the next wave. Understand how AI is changing your industry and the world, and have a plan to capitalize on it.

This is certainly new territory, but there is still time to get ahead if you lay the groundwork now. What you don’t have time to do is waste it proving a concept that already exists as consensus.